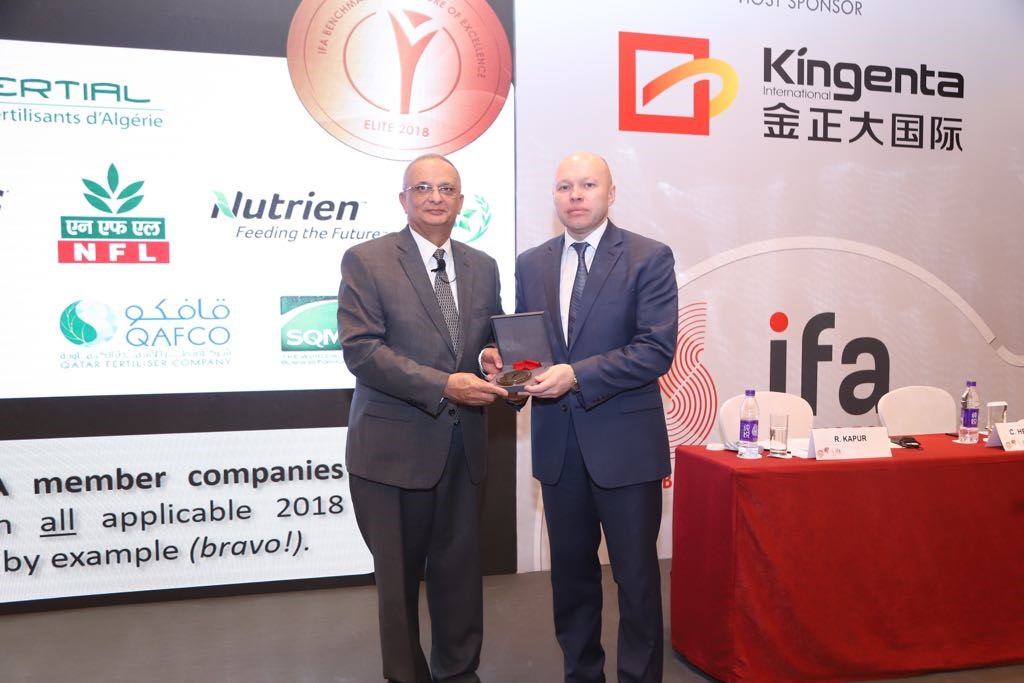 As part of the IFA’s Culture of Excellence, the world’s leading association for the fertilizer industry bestows the SHE Gold Medal on companies that appraise and address their efforts in four key areas: Employee Safety Performance, Employee Safety Perceptions, Environmental Performance and Energy Efficiency & CO2 Emissions.

“EuroChem leads by example in the international fertilizer industry in terms of advancing the agenda of Safety, Health and Environment issues,” said IFA President Rakesh Kapur. “We are proud to have EuroChem among our valued members and look to the company as a guiding light,” he added.

The IFA SHE Excellence Gold Medal was received on Wednesday by Egor Yurkin, the Head of EuroChem’s Health, Safety and Environment department, at the IFA’s Strategic Forum in Beijing, part of the body’s General Assembly.

“Continuing to achieve sustainable growth is a key measure of success, along with the effective people management, safety, environmental stewardship and stakeholder engagement,” Egor Yurkin said.

“It’s a huge honor to have our efforts recognized by the International Fertilizer Association and we look forward to boosting our collaboration in future years,” he added.

More on EuroChem’s sustainability endeavors can be found in the 2017 Sustainability Report, which is available on the company website.